86% would recommend Hullo to a friend. 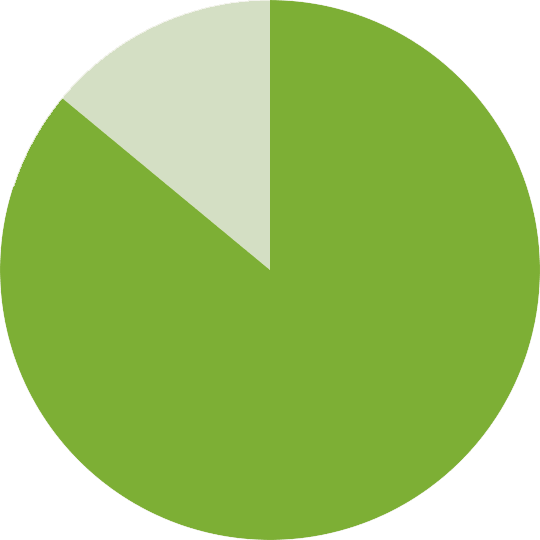 Not for Me but Made it Work

The feel of the Hullo at the start of the night was great, but I’m a restless sleeper, and movement would shift the hulls around during the night so I had to constantly rearrange the fill, which didn’t help me get back to sleep. I also would wake up with pain in the ear and the side of my head that was on the pillow, so it’s not soft enough for me. However, I distributed the hulls into a couple of zippered travel/neck pillow cases, so now I use those as bolsters for stretching and helping with waking positions.

Too Loud to Sleep On

I agree that the Hullo does stay cooler than normal pillows, which is nice. It’s particularly important as this means it doesn’t require flipping, and you basically can’t flip it. At least not easily while laying down.

My problem was that even after a few weeks sleeping on it it still constantly woke me up because of how loud it is. It isn’t so loud as to wake up the person next to you, but your ears are right up on it, and while I assumed I’d eventually “get used to it”, even after a few weeks I still wasn’t sleeping well on it. I’d have returned it, but it’s really quite heavy, and I suspect the shipping cost would have made it not worth it.

It does seem well made, and I like the product in theory. I doubt most people will find it too loud, but I did. I’ve just been using it when I lay on the couch.

I like the size and apparent quality of Hullo. The buckwheat hulls are very poor in comparison to others I have bought since 92 when I injured my neck skydiving. The hulls are poorly milled and many are more similar to peppercorns than mere hulls. I notices a larger “grit” when sleeping but shook it off. Several days later I decided to remove some of the hulls to reduce the pillow thickness, and it was obvious that the hulls were poorly milled. I still have two of the older pillows and though they are a bit tattered now the hulls are much more comfortable than those in the Hullo.