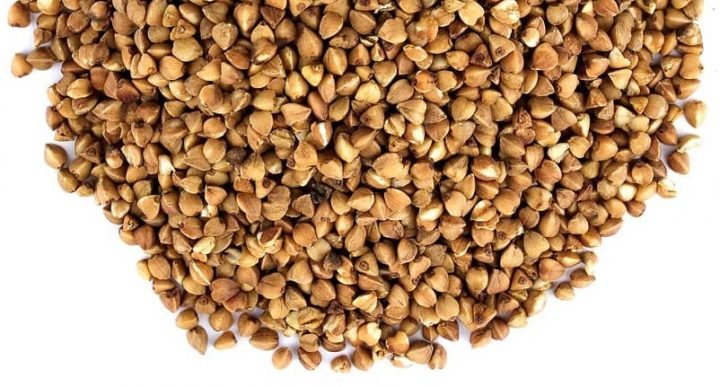 One of the most common questions from our customers is, “What is buckwheat?”

Buckwheat, or Fagopyrum tataricum, is a hearty plant bearing three sided grain-like seeds. At maturity it stands at between 2 and 4 feet tall. It flowers prolifically for two to three weeks. Then it produces hundreds of small brown seeds with high nutritional value. Each seed, or groat, is protected by a hard outer shell or hull much like a sunflower seed.

Buckwheat is one of the world’s first domesticated crops.

It’s thought that the use of buckwheat began in Southeast Asia around 5 or 6 thousand years ago. From there it spread to Central Asia, the Middle East, and then Europe. Buckwheat was documented in Finland by at least 5300 BCE. It was finally brought to North America in the 1600s. 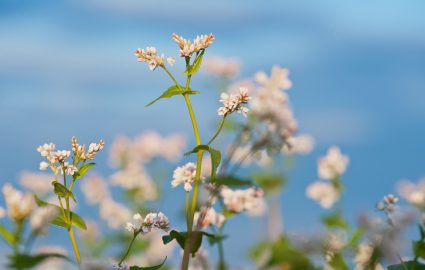 Buckwheat has many uses. It looks good in a vase too!

Buckwheat was a much more popular crop before the introduction of nitrogen fertilizers in the 20th century.

The industrial revolution delivered impressive new technologies to farms around the world. Notably, new fertilizers dramatically increased the productivity and profitability of other popular staples like wheat and maize. This advancement resulted in substantially reduced buckwheat production. As a result, in America, over a million acres of buckwheat were harvested in 1918. By 1954 production decreased to just 150, 000 acres.

It used to be that most of the buckwheat produced was used for livestock and poultry. However, today most buckwheat production is for human consumption. During the mid 1970s demand for new breakfast cereals and buckwheat noodles skyrocketed. This caused a surge in interest in buckwheat as food.

Building on this recent popularity, the marketing of “ancient grains” as healthy alternatives to traditional modern foods has made buckwheat a resurgent crop.

Russia, China and Kazakhstan are currently the world’s largest producers of buckwheat.

America is the 4th largest producer. In recent years America harvests about 75,000 acres annually. Most is grown in New York, Pennsylvania and North Dakota.

The majority of U.S. produced buckwheat is for the Japanese market. They love their soba noodles! For this reason, in 2013 Japan accounted for 96% of buckwheat exported from America!

Buckwheat’s name derives from the seed’s appearance, which resembles a seed of the beech tree. We can thank the Dutch for this insight: “boekweit,” means beech-wheat. Despite its name, buckwheat is not a type of wheat at all. It is actually part of the rhubarb family and is considered a fruit.

Buckwheat grows best in a cool moist climate, and can thrive in subpar earth. As a result, farmers like it because it’s easy and economical to produce. It requires little to no fertilizer or pesticides. It also requires minimal maintenance. Buckwheat grows very quickly, maturing in just 30 days. While in most respects, it’s easy to grow, buckwheat is sensitive to unfavorable weather conditions. It is killed quickly by frost and higher temperatures can prevent seed formation. Buckwheat can be susceptible to to drought as well due to its relatively short root system.

What is buckwheat used for?

Buckwheat has long been utilized as a source of nutrition. Specifically, it contains a well balanced mix of starch, fat, protein and minerals. According to the USDA:

In a 100 gram serving, buckwheat provides 385 calories and is a rich source (20% or more of the Daily Value, DV) of protein, dietary fiber, four B vitamins and several dietary minerals, with content especially high (47 to 65% DV) in niacin, magnesium, manganese and phosphorus. Buckwheat is 72% carbohydrates, including 10% dietary fiber, 3% fat and 13% protein (table). Source: USDA

The largest consumer of buckwheat is Japan, importing 100,000 metric tons annually. Most of it is used specifically to produce soba, a popular type of thin noodle. Soba is either served chilled with a dipping sauce or as a hot soup. Food products sold in American markets are primarily processed flours, pancake mixes or breakfast cereals. In contrast, Eastern Europeans prefer their buckwheat boiled in water or milk, calling it kasha.

Buckwheat groats are a light brown color when fresh and removed from their hulls. The groats must be used quickly. Because their fat content is high, they can quickly become rancid. Thus, they’re generally sold within a few months of harvest. Within food markets, darker groats are considered to be less appealing and thus cheaper than fresher, lighter groats.

In addition, it is totally free of gluten, so those suffering from celiac disease or other gluten allergies can enjoy their pancakes without worry! 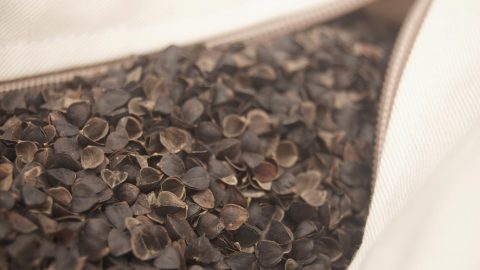 Buckwheat hulls in a pillow: don’t eat these!

Buckwheat is also utilized as:

What is buckwheat? A very useful plant.

Now that you know what buckwheat is, give it a try. Pick up some buckwheat flour and cook some pancakes for your family this Saturday! Try some funky buckwheat honey on your toast!

Better yet: Try one of our supremely comfortable Hullo™ buckwheat pillows for 60 nights. If it isn’t for you, just send it back to us for a refund.

5 Responses to What Is Buckwheat? An Incredible Plant with a Long History

why not just use whole buckwheat?

It’d be VERY heavy. Plus the buckwheat groats would go rancid after awhile. Regardless, the hulls alone are superior b/c they grip each other (helping your pillow keep its shape) and they’re breathable (keeping you cool).

These foods are really nutritious and they have to be prepared with some spices that make these foods more nutritious. I love the dishes and the food.

Fascinating! Thank you for the history lesson, I never knew buckwheat had so much going for it. 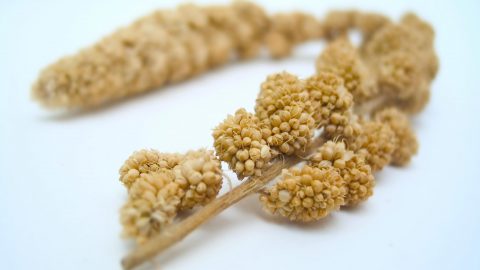 Sleeping on (and Sinking into) a Millet Hull Pillow 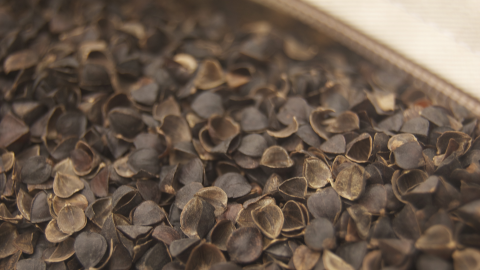 Have you ever tried a buckwheat pillow?

Give Hullo a try for 60 nights.