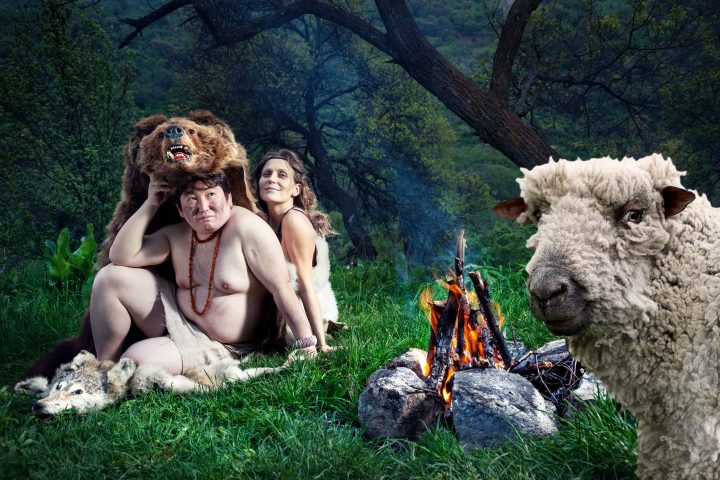 It’s a safe bet that the wool pillow was among the world’s first.

Sheep were domesticated about 10,000 years ago. The earliest wool garments have been dated to 3000 BC.

Wool has been around for awhile! Once early man had a few woolly sheep lingering, it probably didn’t take too much imagination to stumble upon the wool pillow.

Despite a long history, wool isn’t as popular as other modern pillow filling types.

Wool’s breathable and insulative qualities make it uniquely suited for use in many different products. For thousands of years it’s been used extensively for diverse products including clothing, blankets, carpeting, insulation and upholstery.

Given wool’s history, it’s a bit of a surprise to discover that wool pillows aren’t more popular today. When I went shopping for one online, I didn’t find many wool pillow options.

After a little research, I ordered what appeared to be a high-quality organic wool pillow.

In my shopping expedition, I encountered a few relevant questions…

1. Should I worry about wool allergies?

Allergic reactions to wool aren’t fully understood, but it is suspected that they originate from wool alcohols. What’s much more common than a true wool allergy is wool sensitivity. Those with sensitive skin often find wool extremely uncomfortable due to its course fibers. This discomfort is mistaken for an allergy.

I’m not sure if I’ve ever seen a pillow type NOT advertised as being dust mite resistant. Dust mites like to dine on the tiny pieces of dead skin and oils your body leaves behind in your bedding each night, not your pillow. This organic material gets trapped inside your pillow, regardless of what kind it is. Dust mites love this stuff. They could care less about the shiny new pillow that just arrived in the mail because that plate is empty!

As it turns out, many supposed wool allergies are actually caused by dust mites that are caught within the wool’s fibers. In short, don’t believe the claims that wool pillows are resistant to dust mites. 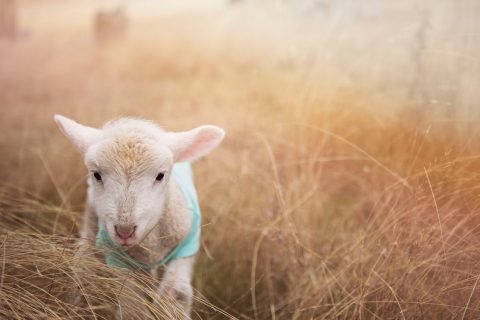 Is it humane to shear me?

PETA launched an aggressive anti-wool campaign with the tagline, “there is no such thing as humane wool.” As part of this campaign, they released disturbing video footage of sheep being cut and mistreated. This evidence demonstrates gross negligence and cruelty on the part of some farms.

Critics of PETA say that the organization refuses to acknowledge the farms that make humane treatment of their animals a priority. They argue that if PETA were willing to accept a more moderate interpretation of humane treatment, that the two could be natural allies, working together to improve animal’s well-being.

If you’re more flexible than PETA in your definition of humane, and confident in your supplier, it’s feasible to call your wool pillow humane.

Finally my wool pillow arrived in the mail.

I pulled it out of the box and inspected it closely. The coarse texture of the wool fibre within the pillow was obscured beneath its organic cotton fabric cover. Wool pillows were a totally foreign concept to me and I admit the idea of pressing my head into a pile of wool didn’t seem particularly appealing. I guess that’s because it’s hard to not associate wool with warm itchy sweaters.

Fortunately this pillow didn’t seem hot, scratchy, coarse, rough or any other adjective you might associate with wool.

The pillow I purchased came with a zippered opening along one end. A zipper is a feature I’m always pleased to see. Unfortunately most traditional pillows don’t include it. A zipper allows you to adjust the loft (thickness) exactly to your preferences. Side sleepers require a thicker, high loft pillow while side and stomach sleepers are better off with a low loft variety. Without the option of fill adjustment, you’re stuck with what you’ve got. Luckily, out of the box, my pillow seemed to be an appropriate thickness.

I opened the zipper and inspected the wool filling. It was a consistent off white color and looked to be free of any foreign debris. Uniformly dense, the soft wool was both compressible and elastic; it squished under pressure and bounced back to its original shape. It felt very similar to traditional pillows filled with polyester fiberfill.

I stuck my nose into the pillow and inhaled deeply. The odor was unmistakably unpleasant. It was discreet, however, with a good sniff, a genuine nose-wrinkler. It was, probably not coincidentally, reminiscent of a farm. 🙁

Is it mold? Sweat? Poop? Urine? All of the above? Whatever it was, it wasn’t good. The box included instructions for washing it, so I figured I’d try to give that a go after holding my nose for a bit.

The wool pillow smells foul, but at least it’s not releasing VOCs.

I’ve tried a lot of different types of pillows over the years. Some of the more memorable ones had powerful chemical odors. Most foam pillow filling is manufactured using some rather nasty petrochemicals. As a result, these pillows’ filling “off-gases,” or releases volatile organic compounds (VOCs) that have a paint-like smell. The health hazards associated with VOCs are largely unknown due to their pervasiveness and the long periods of time required to adequately study their effects. They could be hazardous to our health. Conversely, their effects could be completely benign. Time will tell.

I mention all this because, while this wool pillow is a bit stinky, I find it considerably less offensive than some of the memory foam pillows I’ve encountered. The powerful chemical odor and the mystery of off-gassing’s effects have turned me off to any consideration of most memory foam pillows.

As I stated above, a wool pillow feels much like a pillow filled with polyester fiberfill. Just like fiberfill, wool isn’t easily moldable. Smushing and mashing it doesn’t change its shape much. Despite its softness, it is considerably less pliable than down; it tends to bounce back into its rectangular form. As such, it’s not as good at providing even support for your head and neck as other pillow types. Buckwheat pillows and down pillows both provide superior support thanks to their moldability.

Breathability is commonly cited as one of wool’s best features. This characteristic makes it effective as pillow fill. It allows warm body heat to quickly escape the pillow. Conversely, conventional pillows tend to build up and retain heat due to limited to no airflow within the pillow’s filling. While not the coolest pillow I’ve slept on, the wool pillow is considerably better at staying comfortably cool.

With the pillow tucked inside a clean pillow case, I tried to ignore the smell. I’m not a particularly sound sleeper regardless of the pillow I’m on; I wake up periodically. Usually it’s a semi-conscious roll to one side or the other and I’m immediately back to sleep. Unfortunately the wool pillow repeatedly shook me fully awake with its funky aroma.

I know that it can take awhile to get used to a new pillow, so I was committed to more than just a few nights on it… stinky or not.

I wasn’t going to sleep another night on it without trying to wash the smell out. Per the manufacturer’s instructions, I ran it through a delicate cycle with cold water and a towel in my washing machine. Once the wash was complete, I immediately dried it using low heat (it’s apparently very easy to allow mildew to grow in wool).

I wasn’t sure how it was possible, but it seemed to come out of the wash even stinkier than it went in. It also was now very lumpy and matted. It was not the same pillow that went into the wash. 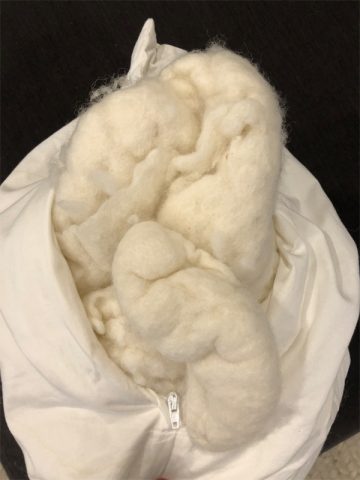 Unfortunately no amount of fluffing or massaging would revive my sad wool pillow.

I gave up and threw it in the trash. I’d read a lot of reviews about wool pillows before buying one. Buyers consistently criticized them for clumping. The wool eventually breaks into smaller pieces which make the pillow feel lumpy and flat. Apparently washing and drying them exacerbates the problem.

My wool pillow’s biggest flaw, of course, was its terrible odor. It’s possible that this smell was unique and that not all wool pillows smell badly. My wool sweaters don’t smell anything like this pillow, so it seems like a less disgusting version is feasible!

The wool pillow verdict: avoid them.

Wool works really well for certain things like clothing, but it’s not the best pillow filling. Wool pillows quickly flatten out with use and are prone to clumping. And, of course, some of them like mine smell terrible. Thus, I can’t recommend them.

Down and buckwheat pillows are both far superior alternatives worth your consideration.

6 Responses to Can a Wool Pillow Help You Sleep Better (Without Foul Odors)?

I put an all cotton padded pillow protector on and this made the smell only very faint. I certainly didn’t notice it after the first night. And I found the wool smell does go away almost completely with time. Hanging it outside in good weather will also help.

The smell is lanolin, an oil that occurs naturally on sheep. It’s definitely a strong smell, but also one that keeps away the moths. Lanolin also protects the fibers. My Wool Wash has lanolin in it to keep the fine handmade knits in peak shape.

Would love to know where you got your wool pillow from. I have had them from M&S for years and they are the best (and only) pillow I have found successful for a good sleep and my troublesome neck, shoulders and headaches. Unfortunately my current pillow has had its day and M&S are out of stock. I stumbled across your article when trying to find an alternative and you have now put me right off!! I don’t know what to avoid and where to try because it’s just a blanket ‘avoid’ from this article which I can vouch isn’t true.

I’m reasonably sure not all wool pillows stink — this one sure did. The other issues experienced are pretty consistent when compared with Amazon reviews.

I bought a wool pillow online many years ago and it is still exactly the same as new, it never smelled like a sheep at all which I think probably depends on how the wool was treated/washed before being stuffed into the pillow It sounds like your one had raw wool stuffed into it straight off the sheeps back, anyways I would not hesitate to recommend a wool pillow but ultimately still prefer my chipped/crumbed latex pillows I ‘made myself’ they are by far the best ive ever used because I add exactly as much filling as suits me and can just replace the filling every few years when it starts going flat.

I love my wool pillow! It never smelled badly and I have had it for years and years… probably too many as it has been through the wash many times. It also doesn’t clump like your picture. To fluff it, you can put into the dryer (tumble dry) with a damp towel. 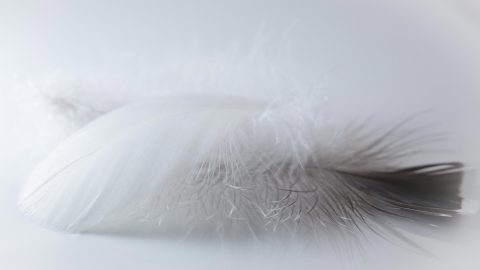 Feather and Down Pillows: What You Don't Know About America's Favorites 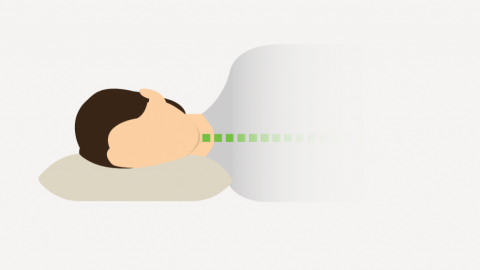 Extra Firm Pillows: The Good, the Bad and the Uncomfortable 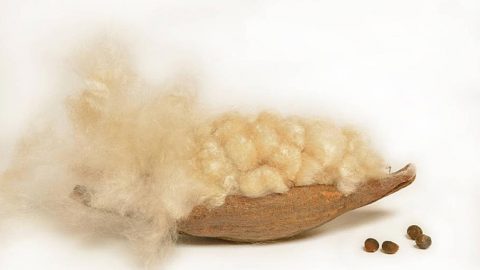 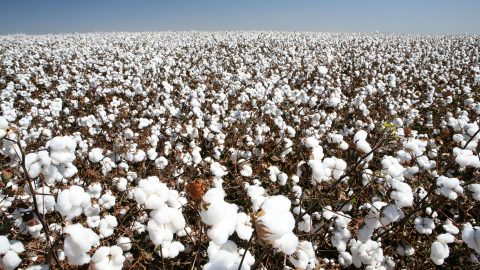 Is a Cotton Pillow Better than a Down Pillow?

A firm alternative to wool pillows

Give Hullo buckwheat pillow a try for 60 nights. If you're not sleeping better, send it back to us for a refund.