Flying is rarely a comfortable experience, even when you’re sitting in first class seats.

Packaged shoulder-to-shoulder in a tight little cylinder with germ (and virus) spewing strangers is a difficult endeavor, especially when it’s a long flight. Ever tried to sleep on an airplane? I see people somehow sleeping soundly while in flight and it makes me very envious. I’m tall and absolutely incapable of sleeping upright. For that reason, plane travel is especially difficult for me. I can’t stretch out my legs, and there’s no place to rest my head. Sitting comfortably is difficult. Sleep is impossible. Flying sucks.

While passing through an airport recently, I took notice of the many ridiculous looking neck pillows wrapped around traveller’s necks.

They quickly transform a fashionable traveller into a frumpy neck-injury patient. Despite that, these odd pillows are quite popular. I was intrigued. Would an airplane pillow help me get comfortable on the plane?

Consider what your bed pillow does for you every night at home… It cradles your head and neck evenly at just the right level. It fills the space between your head and your mattress while keeping your body in a neutral sleeping position — your neck and back are in a straight line without any upward or downward bends in your spine. Maybe you have to fluff it a little, smoosh in a certain way, or even fold it in half… it works to keep your head positioned comfortably so you can sleep.

It’s really difficult to sleep upright in a seat because inevitably your head will nod forward or to the side, waking you. It’s easy to take sleeping horizontally for granted! Airplane pillows are designed specifically to support your neck and neck while seated in an upright position. Do they work? Let’s find out…

I decided to try an airplane pillow on my next vacation.

My family planned a trip to California, a 5 hour red-eye flight. This flight would be the perfect use-case for one of those goofy pillows. I knew that they’d charge me an arm and a leg for one at the airport, so I did some searching online prior to my trip. I read through reviews and it seemed as though most people had a good experience with airplane pillows. The negative reviews demonstrated reasonable and consistent complaints, so it was obviously not a slam-dunk. I picked the best airplane pillow I could find (“best?” It seems as though 90% of the airplane pillows available are nearly identical, so my thorough shopping efforts were largely in vain).

Pro tip: It turns out that the TSA doesn’t GAF about your little airplane pillow. Also, most airlines don’t count them as an individual carry on, so wrap as many as you want around your neck!

The day of my flight arrived. I wrapped the pillow around my neck and sheepishly proceeded to my gate.

My daughter made non-stop jokes about my appearance. “You expecting vampires on the plane?” She wouldn’t be laughing when she saw me sleeping soundly, head cradled in the magic airplane pillow!

We boarded the plane. I sat in my seat and quickly realized that the pillow was forcing my head forward, away from the seat back. My seat was completely upright still, as we hadn’t gotten off the ground. I removed the pillow from my neck and waited patiently with the it in my lap while the plane ascended into the night air.

DING. The seatbelt indicator lights dimmed. I quickly reclined my seat as far as it would go.

Normally, I’m not one to do a full recline. Yes, the seats are designed to do that, but it drives me crazy when the seat in front of protrudes into my precious space. I try to be a conscientious traveller. Fortunately, today my unsuspecting daughter was behind me. After suffering her abuse at the terminal, it seemed appropriate to push back as far as I could go.

With my seat now fully reclined, I placed my airplane will around my neck and prepared to relax.

It was immediately obvious that it wasn’t going to work.

The airplane pillow still pushed my neck and head forward in an uncomfortable bend. “How can anyone think this is comfortable?”

I tried to push the filling from the back edge to the two sides to allow more room for my head to lean backwards. Nope.

Fortunately this pillow had a zippered opening, which allowed me to remove some of the filling. That’s a unique feature that most airplane pillows don’t have. I opened it up and was surprised to see what appeared to be brown wool. Weird. (according to the product description, it’s actually a polyester microfiber)

I stowed the extra pillow filling in my seat pocket and tried again.

Better. Now the airplane pillow allowed enough room for my head to rest all the way back in my seat. I tried to relax. It still didn’t work for me. The pillow simply wasn’t thick enough on the sides to support my head. My cheek compressed the pillow filling, causing my neck to bend uncomfortably.

Resigned, I handed it to my daughter who was happy to give the airplane pillow a go in the dark cabin where aesthetics are of secondary concern. She too conceded that it wasn’t suitable when used as intended. She put the pillow in my wife’s lap and laid her head on it. Now it looked comfortable. I sat awake and endured the long night nodding off in Netflix.

I won’t be using it again.

My airplane pillow wasn’t useful. In fact, it made my seat more uncomfortable. Despite the adjustment in the amount of filling, it only served to take up valuable space and get in the way.

I am 6’1” tall. Perhaps it’d work for some with shorter or thicker necks. However, my 5’5″ daughter didn’t care for it either so that’s probably wishful thinking. Also worth mentioning: I wasn’t fortunate enough to have a window seat, but I imagine that if you could lean against the fuselage/window, it could feasibly be considerably more comfortable.

To the credit of the folks designing and manufacturing these pillows, it’s no easy task to make these things work.

Given my experience, I’d assume that a smaller rectangular or cylindrical (bolster) pillow would be preferable for use on an airplane. That said, there are a few other really unique designs that approach the issue of support much differently than the traditional u-shaped pillows. I’m resigned to flying sans pillow for now, but I might have to try again with a different type soon! 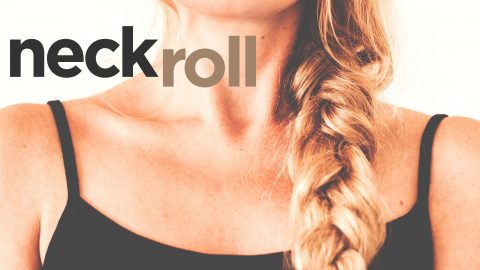