87% would recommend Hullo to a friend. 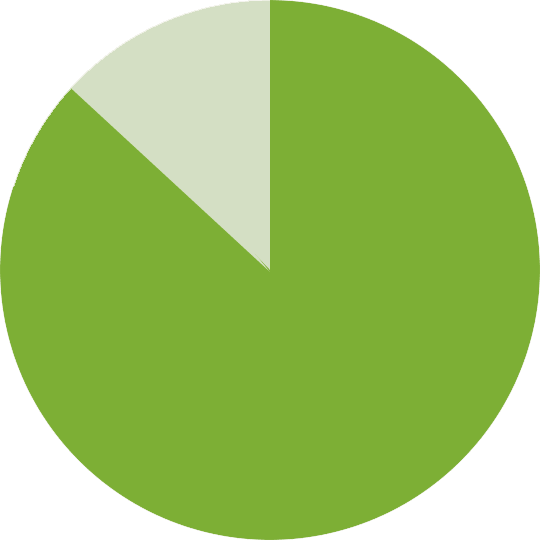 Its okay, it doesn’t work forme but my husband likes it.

Not As Great As Expected

I’ve had my hullo pillow for almost three months now. After reading so many rave reviews I had high expectations but I can’t say it resolved my neck pain and tightness and it’s not the most comfy pillow I’ve ever had but then that’s perhaps not what one should expect from a buckwheat pillow. But it didn’t make my neck pain worse either and while it feels rather hard, overall I still sleep better on it than on a regular, small or a memory foam pillow made especially to support the neck. I like the size of the pillow but find the filling quite voluminous and will experiment next with removing some of the buckwheat content to see if that makes it feel better. I thought about returning it and think it’s great that the company offers that option but I’ve decided to keep it.

Nice but… Can You Make a Pillow Case to Go With?

I really like this Small Buckwheat Pillow, but the size I bought (great for travel) has made it impossible for me to find a pillowcase that fits it. If you’re going to make a weirdo-size pillow, at least sell a case to go with. No one sells this size case. I guess i’ll have to make my own. Annoying.

It is just ok.  It is very heavy and it is a large ball when I wake up each day.  I will use it off and on probably.  I will keep looking for my perfect pillow.  Would not recommend to friends.

Wanted It to Work for Me

I have had chronic neck pain for years and have been on the search for a supportive pillow for my neck and shoulders for about a year now. I put in probably 2 months using this pillow. I used it for about a month and when I continuously was waking up all night and in the morning with neck pain, I thought it was because I needed it to be firmer because throughout the night the hulls would move around so my neck wouldnt be supported. So I bought more hulls from the site. I added a decent amount to make it firm but it I was still waking up in pain. I had to switch to an old pillow actually because it was putting my neck and shoulders in worse pain than before. So I’m still on the search! I really wanted to love this pillow and raved about it before getting it. Even though it didn’t work out for me the quality of this pillow is amazing and would recommend it to a friend who may not have serious neck pain like me. On to the next!

It is very heavy. It is in a ball every morning. Did not send it back but probably will not recommend to others.

This pillow was way to heavy & loud.

Not unhappy enough to send it back. Not happy enough to buy another. Sighhhhh. There is nothing in the world like an old feather pillow. New ones suck.

Time Out For Now

I have the Hullo and really, really enjoyed it the first several months. Now I think it’s time for a break with a softer pillow. The height is a little too high for my shoulders and adjusting it each night can become a chore. I’ll definitely revisit it, but have not yet stopped using it.

I generally like the pillow but had some issues with it’s “hardness” when formed into position.  I recently solved this by using another typical foam pillow on top of it.  I pack the Hulo down hard and flat, and partially into the space where the mattress meets the headboard.  then place the foam pillow on top.  this gave me the support I needed and the softness. I am a side sleeper, and a “roller”, and like to extend my arm above my head so finding the “just-right” position has always been difficult. also, somehow some of the buckwheat hulls keep escaping from the pillow.  for some reason the zipper doesn’t seem to stay fully in the closed position.  last, why can’t it be made with a removable cover that can be washed without emptying all the hulls?

Great, but Too Expensive Now

It’s great, but I wouldn’t recommend it after the latest price increase.

I was using this as my ‘main’ pillow and I was waking up with a pretty sore neck. I tried adjusting a few things but didn’t make much progress.

So for that use-case, didn’t work for me.

I ended up sticking it under my knees and that’s been pretty comfortable.

I must preface this review by stating that I am a side and stomach sleeper and I toss and turn a lot throughout the night.

Moving around and adjusting the hullo pillow is very noisy and can be quite a disruption in a quiet room.

Also, I’ve not been able to sleep on my stomach with this pillow as it is just too uncomfortable. I tried removing some material to make it a little thinner, but then it was uncomfortable on my sides and back.

I wanted to love this pillow so much, but I consistently find myself pushing it aside and grabbing a conventional pillow instead.

The craftsmanship is great and I would absolutely give it a try for yourself though! Their return policy seems very favorable.

Not for Me but Made it Work

The feel of the Hullo at the start of the night was great, but I’m a restless sleeper, and movement would shift the hulls around during the night so I had to constantly rearrange the fill, which didn’t help me get back to sleep. I also would wake up with pain in the ear and the side of my head that was on the pillow, so it’s not soft enough for me. However, I distributed the hulls into a couple of zippered travel/neck pillow cases, so now I use those as bolsters for stretching and helping with waking positions.

Too Loud to Sleep On

I agree that the Hullo does stay cooler than normal pillows, which is nice. It’s particularly important as this means it doesn’t require flipping, and you basically can’t flip it. At least not easily while laying down.

My problem was that even after a few weeks sleeping on it it still constantly woke me up because of how loud it is. It isn’t so loud as to wake up the person next to you, but your ears are right up on it, and while I assumed I’d eventually “get used to it”, even after a few weeks I still wasn’t sleeping well on it. I’d have returned it, but it’s really quite heavy, and I suspect the shipping cost would have made it not worth it.

It does seem well made, and I like the product in theory. I doubt most people will find it too loud, but I did. I’ve just been using it when I lay on the couch.

I like the size and apparent quality of Hullo. The buckwheat hulls are very poor in comparison to others I have bought since 92 when I injured my neck skydiving. The hulls are poorly milled and many are more similar to peppercorns than mere hulls. I notices a larger “grit” when sleeping but shook it off. Several days later I decided to remove some of the hulls to reduce the pillow thickness, and it was obvious that the hulls were poorly milled. I still have two of the older pillows and though they are a bit tattered now the hulls are much more comfortable than those in the Hullo.