85% would recommend Hullo to a friend. 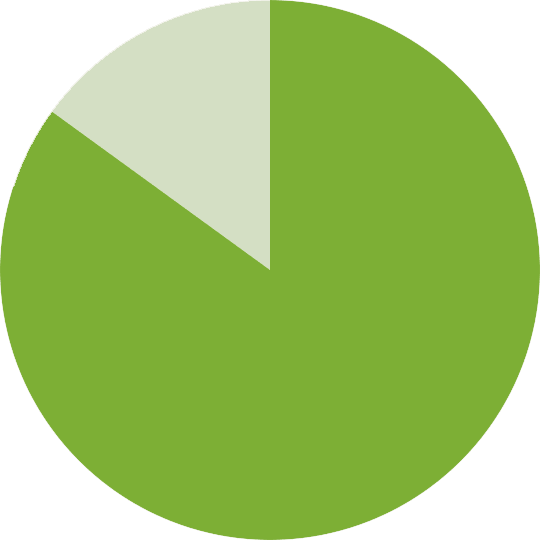 Pillow does not stay cool as in the advertisement, and gets very hard when inner filling shifts.

Being a sufferer for many years of neck pain and the resulting recurring headaches, I like I suppose many other people would try just about anything for a little relief. After using for several months I found that there was no change in the symptoms which I experienced. The neck pain remains about the same as do the resulting headaches. The Hullo pillow occupies a place on a chair in my bedroom unused. I have gone back to my regular pillows. Net result is that I am out the money I spent on this pillow purchase. Sorry, but it did not work at all for me.

And not for me. A bit loud an coarse, extremely heavy. I kept removing more and more material until it finally worked after 3/4 of original fill was removed. But it does not fold over well, and the loudness of response when rolling head back and forth proved too much, and I finally emptied it onto the garden compost. Back to simple small feather pillow – better for me.

Tried the pillow for 3 months and finally gave up. Certainly keeps the head cooler than a regular pillow, but i could not get comfortable on it.

I Don’t Love It

Let me first say, I was So busy trying to love my Hullo pillow that I missed the deadline for returning it, otherwise I would have sent it back. I’ve spent a load of time removing and adding the bulls trying to find a comfortable level. It continues to evade me. Overall I find the pillow to be too firm. Sometimes it’s ok if I layer it with a softer pillow on top. In the end, it’s another $160 spent on a pillow I don’t use, and it’s gathering dust in my pillow graveyard.

Got Rid of It

Too heavy and did not help for the sleep at all

No Free Shipping on Returns

This pillow is firm. Really firm. Be warned, if you return the pillow, there’s no free shipping. You have to pay for shipping and the pillow is very heavy. It’s like shipping a really large bag of flour.

I thought it would be perfect for me who like thin pillow. I took almost half of the seeds to make it thinner, yet it still wasn’t great. The firmness is the issue for me. Really feels like laying on a firm surface and it does not forms along when you change position.

I understand it’s a very personal opinion. The one star is for the bogus marketing telling you can try the pillow at no cost except they forget to mention returning it is at you own expense and cost more than the pillow.

Just too hard for me to sleep on. It’s been sitting in the box under my bed since the first week I tried it.

I Had High Hopes